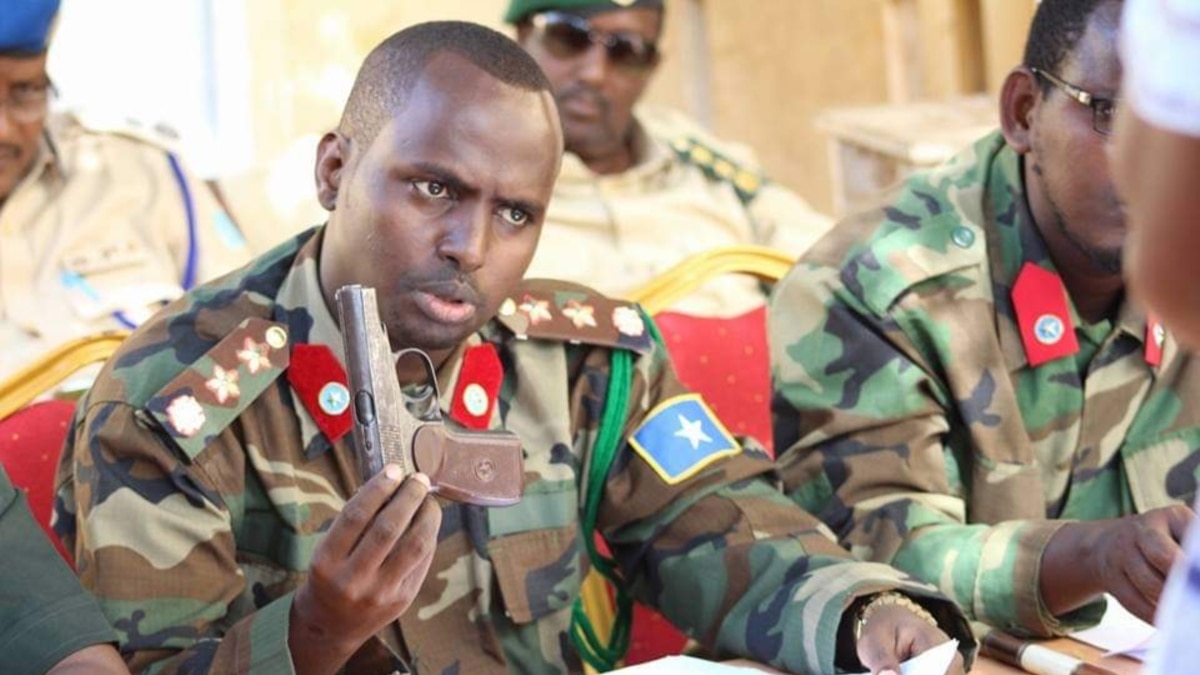 Al-Shabab militants relentlessly carry out attacks in Somalia, such as Wednesday’s suicide car bombing in Mogadishu that killed at least 10 people. The group claimed responsibility for the attack on a security caravan.

When the group does not mount direct attacks, it uses intimidation to collect ‘zakat’, or taxes, and royalties from Somali businesses to fund its operations.

The violent group, which has been trying to impose an extreme version of Islam in Somalia since 2007, inspires terror. But its own members fear being tried by Somali military courts, says a Somali military judge, who has prosecuted hundreds of such cases.

Hassan Ali Nur Shute, president of the Somali National Armed Forces military tribunal, told VOA Somali that he interviewed an al-Shabab suspect who said that “members are advised to commit suicide when they carry out attacks “rather than being tried by a military tribunal. .

“They know the court,” Shute said of al-Shabab militants. “They tell themselves that they will face justice.”

As president, Shute oversees 11 other military judges. Since 2017, they have collectively tried 659 suspected activists for murder, terrorism or both, Shute said. Among them, 455 – mostly al-Shabab militants and a few affiliated with the Islamic State group – were convicted.

Seventeen were executed, including Hassan Aden Isak, who coordinated a double truck bomb attack in Mogadishu on October 14, 2017, which killed 587 people. Isak was executed exactly one year later.

Ten other al-Shabab fighters are still on death row.

Somalia’s military justice system requires a three-judge panel for any trial, whether of suspected militants or armed forces defendants. The overwhelming majority of cases are heard in Mogadishu, but military judges also travel to various Somali regions and towns. Hearings are public – sometimes even televised – with prosecution and defense lawyers. Decisions involving the death penalty must be unanimous, and Shute must approve each one.

But the system faces opposition, mostly from rights organizations and others who argue that cases involving defendants suspected of having links to terrorism should be transferred to civilian courts.

She said the system operates under an outdated 2011 presidential decree that declared a state of emergency in parts of Mogadishu evacuated by al-Shabab.

“Although the state of emergency expired after three months, the military court continued to try a range of defendants beyond those provided for in the Code of Military Criminal Procedure,” HRW wrote in a 2014 report. challenging what he called the “absolute power” of the court. “

Ali Halane, a Somali defense lawyer based in Mogadishu, also argues that military courts should not try defendants with alleged links to al-Shabab or any other terrorist organization. He said the military justice system, set up in 1964, limits the court’s jurisdiction to defendants who are members of the armed forces.

“They are civilians, citizens,” Halane said of the alleged al-Shabab defendants. “They have the right to be tried by courts trying civilians. And if they fight against the army, they should have access to a fair trial. They should find a neutral body.”

Bader is also concerned that military courts fail to uphold due process guarantees, one of the issues raised by HRW in its 2014 report. She questioned the reliability of interrogations conducted while a suspect is being held by the intelligence services. She fears detainees have limited access to a lawyer, noting that from 2011 to 2014 the court relied solely on confessions.

“Confessions taken from individuals while they were held in detention centers” or without “access to a lawyer, to their relatives, are of particular concern,” said Bader, who also expressed concern about the speed of the trial.

Shute defended the practices of the military justice system, saying al-Shabab is treated like a military because it is an armed organization engaged in a deadly war aimed at overthrowing the Somali government. He said the very reason the court was set up was to deliver “swift justice”.

Brigadier General Abdi Hassan Hussein, a former intelligence officer and former police commander in the Puntland region, also supports the trial of alleged al-Shabab defendants in the military justice system. The official, also known as Abdi Yare, said some al-Shabab units are trained, organized, armed and uniformed like the army. They sometimes disguise themselves in military or police uniforms to undertake attacks.

Hussein said the Somali parliament should pass an anti-terrorism law to empower the military court.

Shute, now 35, has a master’s degree in law. He joined the military justice system in 2011 and was appointed to the bench the following year.

On January 2, 2018, his father Nur Shute visited the judge’s office, advising him to quit the civil service and study abroad. An hour after his father left, Shute received a phone call informing him that his father had been murdered. Al-Shabab claimed responsibility for the killing.

Thus, Shute considers himself a marked man. Still under guard, he travels in bulletproof vehicles – which helped him survive a roadside explosion as he returned from a military base in Lower Shabelle on September 25, 2019. He lives apart from his family, fearing they will be vulnerable if al-Shabab comes knocking. He said even his relatives and friends avoid his company, fearing they will be hurt.

But the president said he remained committed to his work, buoyed by the public reaction. And the court’s Facebook page shows considerable public support for trying al-Shabab members.

He said the efforts of the military courts are helping Somalis feel safer.

“Ordinary people … saw that al-Shabab could be prosecuted,” Shute said. “They didn’t even mention al-Shabab’s name out loud before. They used code words like ‘Arsenal are playing today’.”

This report was compiled from the “Investigative Dossier” program of the VOA Somali Service.

US official: Russia is preparing a pretext for the invasion of Ukraine