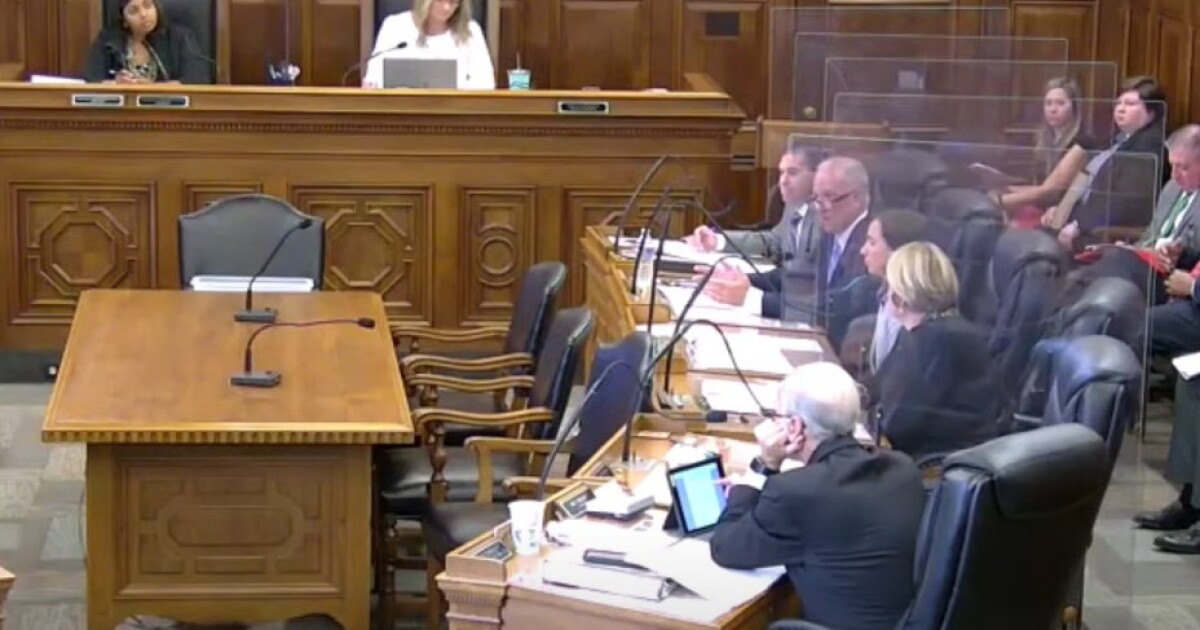 Akron Mayor Dan Horrigan has formally proposed an ordinance that would create a civilian police review board — a different proposal than voters will have to decide in the November election.

The legislation would create an 11-member council that would review complaints against Akron police and issue recommendations on department procedures and policies, among other responsibilities. It would also create an office of inspector general, a police auditor role.

The order includes an intention to seek an amendment to the charter codifying the oversight board next year, Horrigan said during a committee meeting on Monday afternoon.

“Our goal was to still have this in place and have it working by this year 2022, sort of sort out some of the issues, get the board to sit down, get the inspector general hired…and then take that to the initiative for the ballot in November 2023,” said Horrigan.

Horrigan acknowledged that a similar proposal was already before voters in the upcoming election.

Community activists worked to collect thousands of signatures on a charter amendment that would create an eight-member council. Key differences include the number of council members, who appoints them (the citizen-led charter amendment proposes that the council have a majority vote in nominations, rather than the mayor), and the recommended background for the council, as the mayor’s proposal recommends the members participate in at least 40 hours of police patrols.

While neither council can conduct internal investigations itself, the council proposed in the charter amendment would have the power to initiate investigations.

Horrigan said if he abides by the charter amendment, he fears it could conflict with the city’s contracts with the Fraternal Order of Police, the police union.

“I’ve been open and transparent about not supporting the charter amendment,” Horrigan said. “Some parts, I think, go together pretty well; there are other parts that seem problematic to me, especially with regard to the collective agreement.

Although council members supported the mayor’s plan, several members expressed concern that the two proposals could be confusing for residents.

“How do we marry these two is my concern, not feeling like we just said to all those people who worked so hard to get signatures – thank you, but we’ll roll with ours and not with yours,” Ward 5 Councilwoman Tara Mosley said.

At-Large Councilwoman Linda Omobien, who helped draft the charter amendment, also expressed concerns about voter confusion and said she would not vote for the mayor’s ordinance. .

“I hate that we come in with two different pieces. I don’t really know why the mayor couldn’t associate with the citizens,” Omobien said.

Horrigan said his goal was not to confuse citizens, but that he felt compelled to move forward with the ordinance because of his disagreements with the charter amendment.

“If the union… files a case, it could be locked in litigation and there could be an injunction in place. We really don’t know,” Angeloni said.

Council President Margo Sommerville spoke in support of the mayor’s order, especially in the event the charter amendment fails or does not hold up in court.

“(It’s) another vehicle that can still get us to where we need to be – a place where we can maybe get there a little bit quicker, in case we run into trouble, legally, that we might not be able to navigate,” Sommerville said.

The Council is expected to vote on the legislation in the coming weeks.

At its regular meeting on Monday evening, the first since the summer vacation break, the council will also vote on renewing the police department‘s contract with its body camera provider. They will also consider a resolution expressing support for Akron Public Schools Superintendent Christine Fowler Mack, whose controversial negative performance review and comments from school board members were uncovered in June.