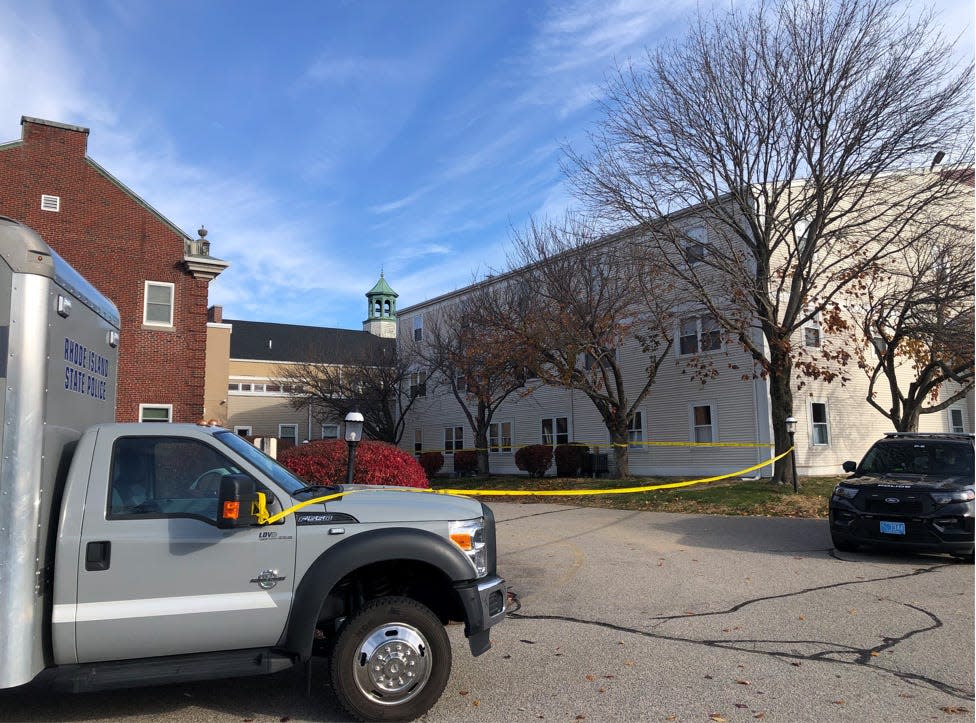 A man was shot dead by police in Warwick on Monday evening after pointing a rifle at police officers, the Warwick Police Department said.

The incident occurred after police responded to the Lockwood Condominiums, 3524 West Shore Road., to check on the welfare of an “apparently suicidal” man, Warwick Police Chief Bradford E. Connor said in a press release.

The person who called the police said they were concerned about the safety of a woman on the property because the man was suicidal and had been drinking, Connor said. Before arriving, officers also learned that the man had a loaded gun, according to Connor.

Explain : A multi-jurisdictional task force aims to end gun violence in RI. Here is how it works.

Officers were able to get the woman out of the condo safely, Connor said.

Then, as the police set up a perimeter around the condo unit, they attempted to contact the man, according to Connor.

The man came out of the condo twice with a gun and pointed it at the officers before heading back inside, according to Connor.

When the man got out a third time, he walked over to the police “while pointing the rifle in their direction and ignored repeated orders from the police to drop his gun,” Connor said in the statement. “An officer discharged his gun, hitting the suspect.”

The names of the man and the officers involved were not disclosed.

A state police crime scene truck and several Warwick cruisers were at the scene around 9:30 a.m. Tuesday morning.

Dave Coningford, 59, has lived in Lockwood condominiums for four years and describes the old school complex as a quiet community.

The fact that an incident like this happens in the same apartment building where he lives “makes me a little nervous,” he said.

The shooting happened at the other end of his apartment building, he said, and he heard nothing, although he saw flashing police lights through the window and thought it might being a rescue for another resident, a common occurrence.

“It’s a bit too close to have a shootout in the same building,” he said. â€œYou can never really talk about people. But the people here are very nice. I haven’t met anyone who I think something like this could happen.

Bill Halacy, 69, said the last heavy police presence at the condominium complex was several years ago, when local police were chasing a fugitive from another state.

Halacy lives in a separate building about 200 yards from where Monday’s incident took place.

“I’m a little shocked and I think the Lockwood (condo) board needs to take care of this and find out who has guns on the property – if in fact this guy was a resident ….”

Several residents who did not give their names said their condos were soundproofed to dampen the roar of jets passing overhead on take-off from nearby TF Green Airport, which may explain why they heard little noise outside Monday night.

The incident is under investigation by the Attorney General’s Office, State Police and Warwick Police.

This article originally appeared in The Providence Journal: Man shot dead by Warwick police after pointing gun at officers