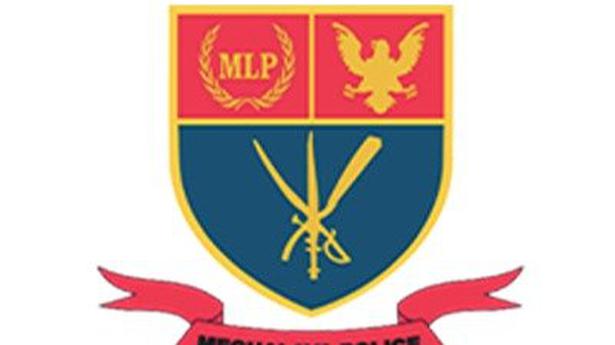 A senior Meghalaya police officer takes the department for a ride

Probe revealed that he kept 30 official vehicles, including a truck, in his personal custody, failed to register a few and used a fake number for a sedan.

Probe revealed that he kept 30 official vehicles, including a truck, in his personal custody, failed to register a few and used a fake number for a sedan.

A senior police officer from Meghalaya took his department for a ride. An internal investigation revealed that Deputy Inspector General of Police (Administration) Gabriel K. Iangrai kept 30 official vehicles, including a truck, in his personal custody until April 2022. If that wasn’t enough, a few – some of these vehicles had not been registered while one – a sedan – had a false number.

A five-member team that carried out the investigation was led by the state’s Inspector General of Police (Law and Order), MK Singh.

The team prepared a report a few days ago following an investigation into allegations of irregularities and mismanagement in the purchase of vehicles and the use of fuel by police headquarters. The Hindu has a copy of the report which indicates that the agent exceeded his jurisdiction and authority in the purchase and use of these vehicles.

The charges against the officer, now commander of a Meghalaya police special force, range from unofficial supply, non-registration of vehicles and discrepancies in documents to awarding and questionable purchase of cheaper models against the sanction of expensive variants.

The report, based on records received from police headquarters and the central workshop, says the officer had 29 vehicles at his disposal, including SUVs, sedans, a pick-up truck and 10 motorcycles.

“Of these, two new SUVs, two new sedans and two new motorcycles were unregistered. Most of the vehicles at his disposal do not comply with the latest emission standards,” the report said.

“In addition, eight motorcycles purchased in 2019 had no documents and were not registered,” the report said while blaming Mr. Iangrai for not having registered another sedan “assigned a false number” and parked at the central workshop.

Citing statements from seven lower-ranking police officers who worked with Mr Iangrai, the report said the vehicles were taken directly on his orders to either the police mess or the compound of the Meghalaya Police Radio Organization. where they were detained. “The keys to all these vehicles were kept at his official residence,” he said.

“Often, these vehicles without any registration were used for his personal purposes without any sanction from the police headquarters. No logbooks were ever kept for these vehicles, even though POL/DOL (petrol/diesel) coupons were issued regularly by AIG(A) itself,” the report said.

“In addition to the 29 smaller vehicles, it was found that the officer had used a truck from 4 e Meghalaya Police Battalion for a year for his personal work, mainly transporting building materials to his new residential site. No logbook was kept for this vehicle,” the report states.

Three unregistered vehicles used by the agent for various purposes had traveled a total of 11,294 km. The year of purchase of two of them could not be determined.

The report also criticized the workshop “being run in a feudal fashion” without following any rules and regulations or the chain of command and control.

“The data reveals that many manipulations took place for an officer’s personal whims and fancies, even when senior officers in police headquarters and other units suffered from the demand for better vehicles,” he said. he declared.